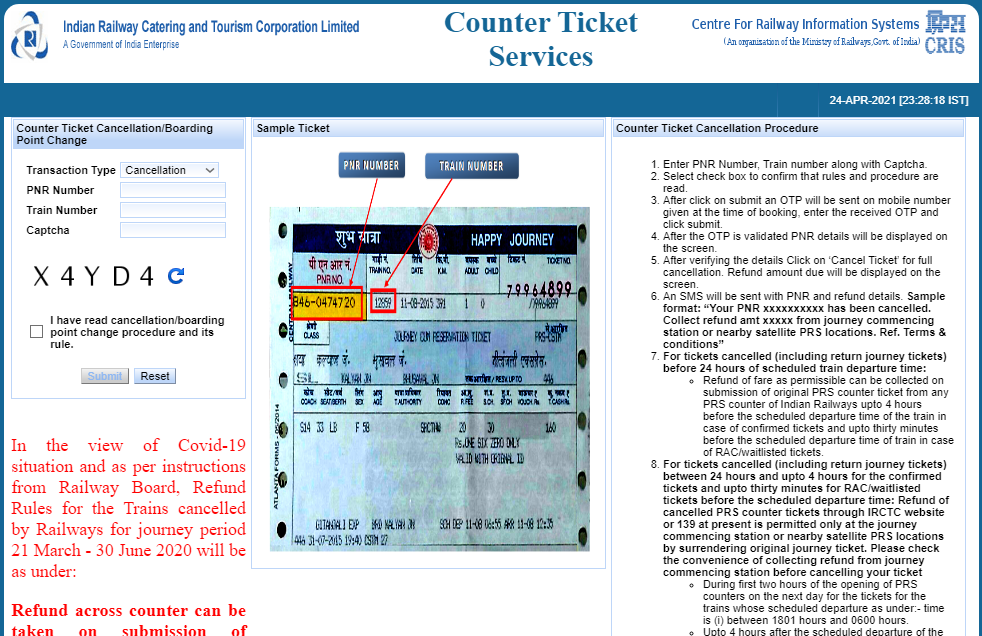 One of the most useful features of IRCTC is that it also allows you to cancel online counter tickets. However, this service can be availed only by those who have given the mobile number at the time of booking. A step-by-step guide on how to cancel your counter ticket through IRCTC 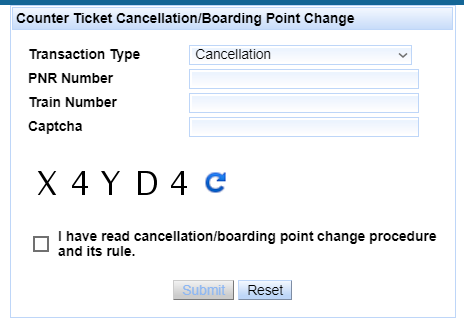 You will be taken to the counter ticket cancellation page of IRCTC. Enter your train number, PNR number, and captcha. Confirm the rules by checking the box. Click on the ‘Submit’ button. 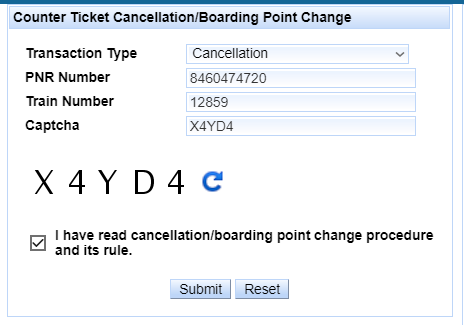 You will now get a One Time Password (OTP) on the mobile number that you have given at the time of booking.

Enter OTP, click on the ‘Submit’ button, After the OTP is validated PNR details will be displayed on the screen.

After verifying the details Click on ‘Cancel Ticket’ for full cancellation. Refund amount due will be displayed on the screen.

An SMS will be sent with PNR and refund details. Sample format: “Your PNR xxxxxxxxxx has been cancelled. Collect refund amt xxxxx from journey commencing station or nearby satellite PRS locations. Ref. Terms & conditions”

For tickets cancelled (including return journey tickets) between 24 hours and up to 4 hours for the confirmed tickets and up to thirty minutes for RAC/waitlisted tickets before the scheduled departure time: Refund of cancelled PRS counter tickets through IRCTC website or 139 at present is permitted only at the journey commencing station or nearby satellite PRS locations by surrendering original journey ticket. Please check the convenience of collecting a refund from the journey commencing station before cancelling your ticket

During the first two hours of the opening of PRS counters on the next day for the tickets for the trains whose scheduled departure as under:- time is (i) between 1801 hours and 0600 hours.

If you have any questions from us, you can comment below.